Christ Agony is one of the oldest bands from Poland but they are not very popular now nor have they been earlier. That is good because their music is definitely not for people who just bang their heads to the rhythm but for people who contemplate the music. With Darkside album they went even further. It is an exception in their discography with inbuilt electronics and clean vocals.
The vocals, however, are flawless. They are not prayers to the pussy but proud recitations of depressive poetry. They sound like opium-fueled, romantic dirges (do not forget that romantic means depressive) mixed with blasphemies spat out straight from Lucifer??™s jaws.
Inspired by English poetry, the lyrical side is mindfucking too. Themes about death, love, time passing by, and on the other side occultism, satanism and selfish pride stay in memory for a long time. Some of these songs are in Polish, which of course narrows the circle of those who can fully understand and appreciate. Even better.
This creation is definitely the greatest piece of polish satanic black metal. It belongs to times when metal was something more than wearing a t-shirt and when music had true meaning and magic unlike contemporary mp3s. In fact, Darkside is almost entirely Cezar??™s work for which we should respect him as an artist even more.

Christ Agony are a band from Poland that plays a very atmospheric version of dark occult black metal and this is a review of t heir 1997 album “Darkside” which was released by Hammerheart Records & re-release by Total Metal Records at 2012.
Drums range from slow, midpaced to fast drumming with a good amount of blast beats being thrown in at times as well as some tribal sounding percussion in addition there is some drum programming that is used briefly that gives the music and industrial feel, while the bass playing has a very strong and powerful tone with riffs that dominate throughout the recording, as for the synths they have a very dark, avant garde and atmospheric sound to them..
Rhythmm guitars range from slow, midpaced to fast riffs that are mostly dark/black metal but have influences from thrash and death metal as well as a good amount of melody being thrown in as well as some slow and soft playing being used at times, while the lead guitars are very distorted and melodic sounding guitar solos and leads, as for the acoustic guitars they use finger picking and full chords to enhance the darkness of the music.
Vocals range from high pitched black metal screams, deep death metal growls and clean singing vocals with some ocassional spoken word passages, while the lyrics are written in a mixture of Polish and English with themes that cover Occultism, Darkness, Paganism and Dark Poetry, as for the produciton it has a very heavy, powerful and professional sound and you can hear all of the musical instruments that are present on this recording.
In my opinion Christ Agany are a very good atmospheric, occultic dark/black metal band and if you are a fan of this style , you should check out this band. RRECEMMONDED TRACKS INCLUDE “”Heredity” “Dark Beuty” “Dark Goddes’ and “The Key”. RECEMMONDED BUY.

There used to be a time when Christ Agony was the latest hype on the Polish metal sky. They were the act to look out for. Then along came Behemoth and a host of other Polish extreme metal acts. Christ Agony fell to the wayside and a whole new generation stormed forth. 2012 sees a new Christ Agony record. One that I for one look forward to hearing. This is just as I remembered it to be. Don’t go expecting the most brutal or the most evil extreme metal. What you’ll get is a cross between black and death that is played with conviction and soul. This is just as good as I remember it to be. In a way this reminds me of Master’s Hammer when they were great. There is that same kind of atmosphere to it.

Christ Agony is yet another band that I’m reviewing for MetalRecusants that I am completely unfamiliar with. According to the bio I read it stated that the band is a black/death metal band who have been around since the early 90?s and that Darkside is a re-release from 1997. Apparently the design of the CD is completely re-designed. There is no mention if the music has been remastered or anything, so I’m going to assume it hasn’t been and that the only thing that’s different with this release is the packaging.
I’ve got to say that with a name like Christ Agony I was expecting something completely different that what I heard. I fully thought that the sounds I would hear when the album started would consist of blazingly fast black metal replete with shrieking, blast beats and blaspheme deluxe. Instead, while a lot of the music is heavy, the album is more focused on mood and atmosphere instead of just trying to sound heavy and over-evil – a fault of many black/death metal bands. In fact, parts of the album are downright mellow; I’m looking at you “Heredity” and “Dark Beauty”. This isn’t a bad thing at all but far from what I was expecting.
So, how is the album? Quite good actually, far better than a release from a band on an unknown Ukrainian label should be. The production is crisp and clear, the songs are mezmerizing at times, and when they do go into the death/black metal realm, as on “Kingdom of Abyss”, they are stunning.
I really enjoyed Darkside and was surprised at how good it is. Pick up the album now that it’s been re-issued and support the band!

This Polish band has built up somewhat of a reputation throughout the years thanks to mainman Cezar’s involvement in Vader and Behemoth and, more importantly, that late sticksman supreme Doc was once part of this outfit. Nevertheless Christ Agony’s recent reactivation has barely caused a ripple so far, so it’s rather curious that Ukrainian label Metal Scrap Records decided to rerelease a few of their albums in the wake of this termination of the hiatus.
The first impression upon hearing this 1997 album, the band’s fourth, is that it hasn’t withstood the test of time very well. Fifteen odd years ago the mixture of midtempo black metal and goth on ‘Darkside’ might have sounded somewhat refreshing (although I doubt even that) but anno 2012 it is as stale as an elderly bat’s reproductive organs. Moreover, the production is absolutely horrendous by today’s standards. Doc’s drum performance is of course stellar, but the extremely digital drum sound (most likely the result of a very cheap electronic drum kit) makes it impossible to listen to without gritting your teeth. Fans of the band’s early work should be really excited about this rerelease which, admittedly, looks quite okay, but to any other person this is just an unnecessary rerelease from a second tier band. Let’s hope the reactivation of the Christ Agony brings us something more interesting. 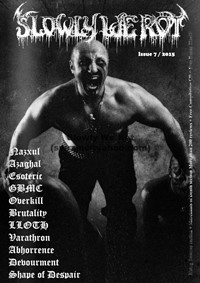 Total Metal Records and A5 Productions teamed together to release one of the most challenging album in Christ Agony’s history, their fourth full-length taking a step (or more) further in experimenting within the Melodic Black Death fields, now with important Electro and Goth influences that were so in fashion back then (1997) when bands like Sisters of Mercy and Laibach were becoming more and more influential for the Metal community. Still, despite these influences, Darkside keeps Christ Agony’s Satanic core and their deep, contemplative lyrical side intact, the music is still aggressive and raw as their fans were used to. The only thing that’s not on my taste here is the thin, synthetic programmed drums, but on the other hand Cezar, the main person behind Christ Agony, proves again he’s an extremely talented musician and composer, plus his vocal performance on this album is highly impressive, too. One of the boldest and most challenging Christ Agony records, glad to see it re-released, don’t miss it. 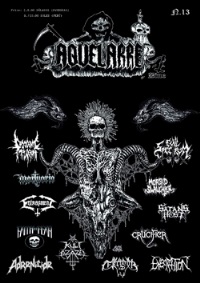 This album is quite interesting, they play ??an unconventional doom metal, maybe they wanted to give personality to this album. It is a weird and complex sound but good at the same time, the pace and quality of the disc is regular, they try to maintain a creative ambient too. You hear passages of misery, but “Darkside” also brings violent moments that are close to death metal, you have to listen for yourself to understand it. Welcome to the obscure world of this band. 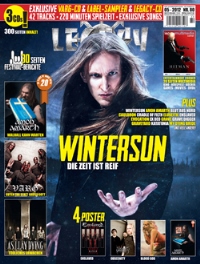 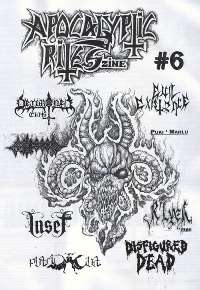 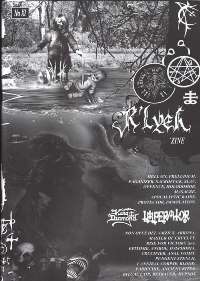