NECRONOMICON “Invictus” for the first time on vinyl! 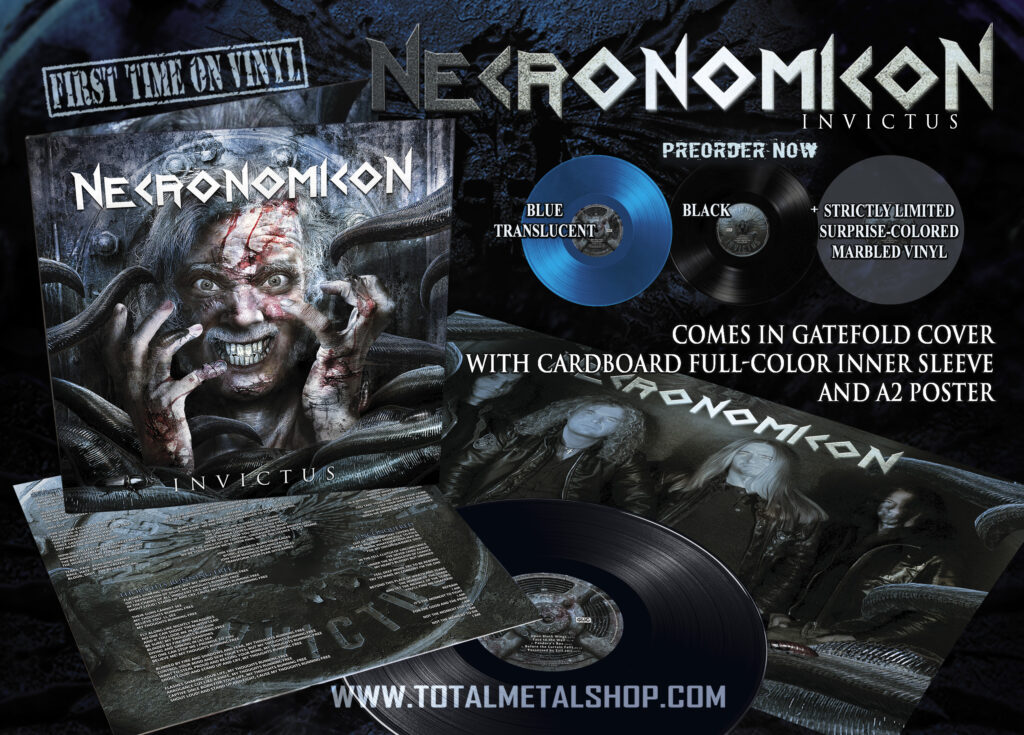 First time on vinyl, the seventh full-length studio album by legendary German Thrash Metal band.
Old-school Thrash Metal with a modern production! Band got a hell of a lot more pedigree than a lot of people realize. After hitting the scene during the first wave of Teutonic Thrash Metal, alongside their more famous contemporaries Destruction and Kreator, these guys seemed to fade very quickly into near-total obscurity. It wasn’t for a lack of output, rather it was a lack of the luck. They’ve been nothing if not persistent though, because aside from a hiatus at the latter end of the 90s, Necronomicon have diligently plugged away at supplying a steady string of always respectable releases over the years. Amongst them, this 2012 effort ranks quite highly indeed.
What becomes quickly evident when listening to “Invictus” is how much more refined the new Necronomicon’s approach is. This album certainly represents the zenith of the progression they have undergone over the years. Gone is the rough appeal, and in its place you’ll find first-rate songwriting and a highly professional, up-to-date production style. What’s impressive is that in the process, they have managed to retain most of the manic energy that German Thrash Metal is so renowned for, even if it has become a little watered down by influences from the American Bay Area scene. The trade-off actually results in a much more interesting album. Stylistically speaking, this is straight-up Thrash Metal!!
“Invictus” is the album that manages to hold its own against some of the best Thrash Metal releases of the past years!!!

Comes in Gatefold Sleeve, with printed Innersleeve and Poster.